With So Many Beautiful Historical Buildings In Mountain View, How Do You Know Which Ones To Visit & Which Ones to Skip?

The Mountain View area has some of the most beautiful historical buildings in all of the United States. Why? It is partly because these homes were built correctly from the get-go: they are solid, high-quality homes that have always been maintained by the owners and fixed when necessary. Many of these homes date back to the 1700s and 1880s, though they have undoubtedly been changed since then. 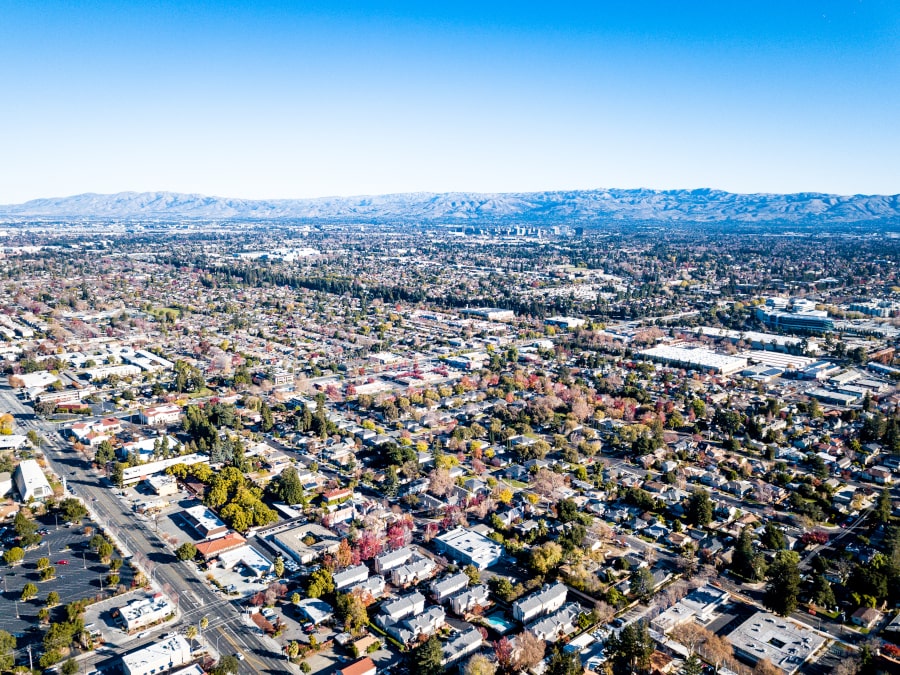 Let’s look at some of our favorites: 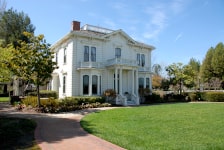 The historic Rengstorff House is Mountain View’s oldest home and one of the most beautiful examples of Victorian Italianate architecture available on the West Coast. It was last fully restored in 1991 and features the famed Victorian Italianate design, including a hip roof, a central gable, a widow’s walk, a front portico, and a symmetrical room layout. The house itself is decorated in classic period stylings, including the outside areas with some of the most breathtaking natural areas.

To see the Rengstorff House, you need to go on a free tour that books well in advance, so make sure to plan ahead. 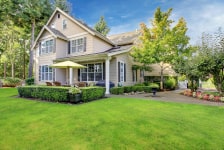 The Weilheimer House is another beautiful, historic home in Mountain View. It has survived quite a bit, including the 1906 earthquake when it was just 8 years old. Originally, it was built on the Castro Farm as the residence of Julius Weilheimer and his wife, Franny.

This elaborate home has Palladian windows, a beautiful porch, an open balustrade, sawtooth shingles, and many other beautiful features.

Similarly, the Weilheimer Store Building is one of the older commercial buildings still standing in Mountain View. It has served as many different stores and a hotel over the years.

The Hanna House was designed by Frank Lloyd Wright in 1936. The owner, at the time, was Stanford Professor Paul Hanna and his wife, Jean. They were quite well to do and specialists in childhood education. Wright himself built it with a focus on elegant and affordable homes for the middle class. The group collaborated on the home and designed something that was quite amazing.

The Hanna House was designed based on hexagonal geometry without a single right angle in the floorplan. This allowed the start of spatial planning and led to the creation of some of Wright’s most famous homes, including the Guggenheim Museum in New York City.

The Hannahs stayed in this home until death and then gave it to Stanford in 1975. It was the home of university provosts, but unfortunately suffered extensive damage in the 1989 Loma Prieta earthquake. After that, it was completely restored and reopened to the public in 1999. 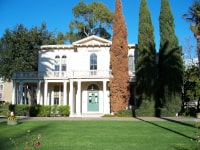 The Italianate Victorian Mansion was built next to James Lick’s business, a mill. It was exceedingly complex and intricate, including unique woodwork and a beautiful imported marble fireplace in every room – some 24 fireplaces.

Currently, the grounds are privately owned and cannot be accessed by the public. However, it can still be seen by the general public from the road.

All of these mansions are quite special and this is just the start – there are so many options for people visiting or for those who live in Mountain View. 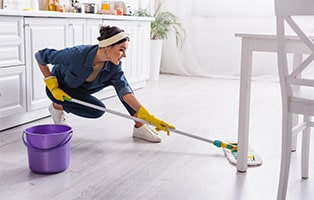 How To Mop A Floor: The 8 Necessary Steps
Everyone thinks they know how to clean floors. However, do you really know the steps you need to follow so you don’t damage expensive surfaces? Check out what we wrote to find out. 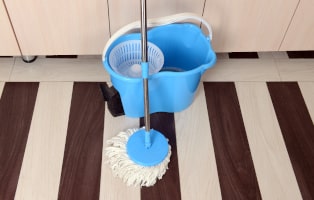 Do you really know how to mop hard wood floors? Take our quiz to find out.
Wood floors need a bit more TLC than other hard floors. The wrong cleaners can dull them, hard shoes can scratch them, and water can warp them. Here are our tips to clean, mop, and maintain any wood flooring. 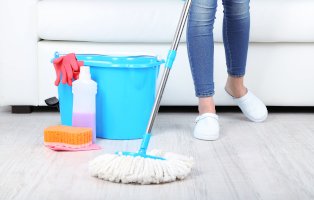 How to Mop with Spin or Steam
Mopping isn't rocket science, but there are some tips and tricks to get the most out of that not-so-fun task. Here, we'll tell you some of the best ways to mop floors using spin and steam mops.