Ditch the Paraffin Candles and Opt for Nature’s Air Purifier

Beeswax candles are some of the oldest candles in history. Besides being all-natural, they possess several health benefits. They are reported to improve allergy and asthma symptoms. Like air purifiers, beeswax candles release negative ions that neutralize the particles from air pollutants, rendering them harmless.

They’re far superior in terms of health compared to paraffin candles. People who are sensitive to fragrances often prefer light-scented beeswax to overly perfumed paraffin candles. The problem with paraffin wax lies in its origin. It’s a by-product of petroleum refining and is actually made from the sludge at the bottom of crude oil barrels.

As a result of the subsequent bleaching treatment from benzene or toluene, paraffin wax is filled with seven documented toxins, including two known carcinogens. On top of that, chemical colorings and fragrances are added to make them more appealing. Our eyes and noses may be fooled, but our bodies pay for all the toxins we breathe in when we burn those candles.

Beeswax candles are 100% bee-made, therefore 100% natural. This makes it a renewable resource too, unlike the petroleum products used to make paraffin candles. They also smell natural, since beeswax picks up the honey and nectar scents found in honeycomb. While burning, they emit the same light spectrum as the sun, which gives a more comforting ambiance than paraffin candles.

Beeswax has a high melting point (highest of any wax), meaning that your candles will last a lot longer than paraffin. They don’t drip as much either, which leaves less mess. Burning paraffin candles also produces black soot that can stain walls and other interior surfaces. Not so with beeswax. We here at Cleanup Expert can really appreciate that!

What’s the deal with negative ions?

As we mentioned earlier, beeswax emits negative ions much like some electric air purifiers do. Negative ions actually clear air of mold spores, pollen, dander, odors, germs, dust and other nasty particles. Most of these are high in positively charged particles, and in the atomic world, opposites attract.

When the negative ions grab hold of the nasty particles, they become too heavy to remain airborne. So they drop to the floor other other surfaces where, you guessed it, we can clean them right up with a good vacuum or dust cloth.

Several other benefits of negative ions have been noted over the years from various studies. Here are a few:

The drawbacks to beeswax

Honestly, there aren’t many, but one of the reasons paraffin candles are so popular is because they can be mass-produced and as a result are very cheap. Beeswax is about 10 times the cost of paraffin because it’s a lot more rare.

For every 100 pounds of honey harvested, only 1-2 pounds of beeswax can be collected. But again, they last a lot longer than paraffin, so in the long run it could very well even out unless you burn a ton of candles.

Beware when shopping and read the labels, because sometimes “beeswax” candles can be misleading. Some may only contain as little as 5% of beeswax. Be sure to look for labels that show 100% pure beeswax.

Also, make sure the candles you buy don’t have a metal wire in the wick. These could contain lead, which would ruin the beneficial air purifier properties of the beeswax.

Our suggestion: Find yourself some all-natural beeswax candles, light ’em up and relax with a good cup of tea at the end of the day. 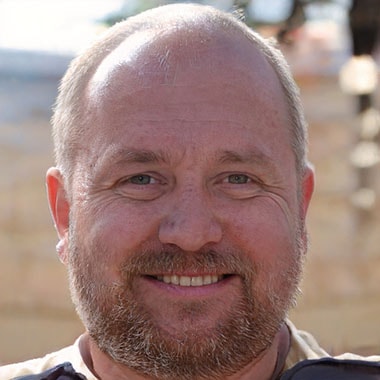 Author
Philip Owens. a respected air pollution expert, discovered his love of science at the young age of 8 during a class field trip to COSI. The demonstrations he saw that day ignited a passion and set him on the path of using science to help solve everyday problems.
Philip Owens
Air Pollution Expert

Do you have scientific proof that pure 100% beeswax candles emits negative ions naturally?

I don’t know about the scientific research but i make beeswax candles from 100% natural beeswax I get from a farm. i can attest that beeswax makes the air lighter and in a positive way. I have burnt other types of waxes and having studies a Bsc in Environmental Science and a personal environmentalist lover and enthusiast i love to believe and attest that beeswax really purifies air.

Do you know if you need to burn beeswax to release the negative ions, or can you get the same effect by using a wax warmer like the ones from scentsy? I am trying to answer a customers question.

Where is the research or study done on negative ions being re-leashed threw burning beeswax candles ? I am a HVAC Tech. This is very important to me because I suggest this to my customers to help improve air in the home. VOC”s get past the filter and plug up the drain line. Its number one service call. A water fountain also gives off negative ions. Yes, Ozone generators are dangerous. I have a negative ion generator with a free spinning blade to rid the Ozone from around the unit itself.

I work in a honey store and sell beeswax candles. I can tell you that I have tried them on the most horrid smells to test this and they do work.

Thankyou,that’s exactly what Ineedwd to hear Audrey .Have been looking at them for weeks,so will now purchase some for my home🤗

I make beeswax candles as a small business. It’s so good when you burn it, you can clearly feel the air around you become lighter and more natural. Tried other waxes as well when I started out making candles but beeswax candles is a real air purifier. Again if you use it after cooking in the kitchen, or after smoking marijuana? It eliminates the odor immediately and completely. I can attest to this. Studied Environmental science so I know how global warming and climate change is real so here changing the world one natural candle at a time. 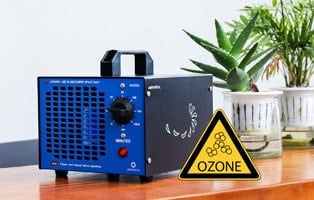 Ozone Air Purifiers: Are They Dangerous?
Our informative article will tell you the pros and cons of ozone air purifiers. Read it so you don’t waste your money! 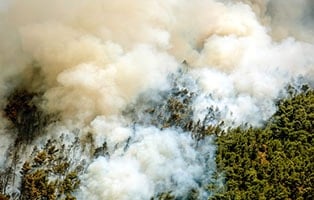 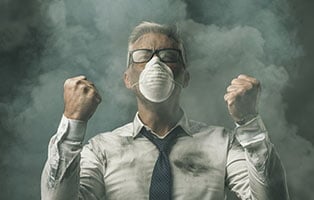 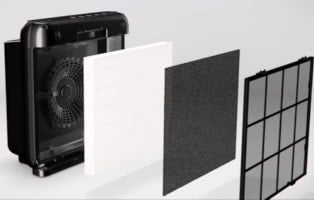 What is an Air Purifier, and how can it improve your home?
An air purifier removes contaminants from the air to improve interior air quality. But do they really work? What can they remove and how? We’ll dive into some FAQ about air purifiers and how they can benefit your health.